𝓥𝓪𝓵𝓮𝓷𝓽𝓲𝓷𝓮’𝓼 𝓓𝓪𝔂 𝓦𝓮𝓮𝓴𝓮𝓷𝓭 𝓢𝓹𝓮𝓬𝓲𝓪𝓵
Do you have an ex-Valentine and know they have outstanding warrants? Do you have information that they are driving with drugs in their car or are endangering our community? Give us a tip with their location and we’ll take care of the rest.
This Valentine’s Day Weekend Special starts off with a set of silver bracelets (pictured), free transportation, and a local stay with accommodations.
Tips on your ex-Valentine can be submitted electronically using the Broome County Sheriff’s Office website or via telephone by calling the Broome County Sheriff’s Office tip line.
Fulton County Sheriff Addresses Topics at National Bail Conference

Fulton County Sheriff Richard C. Giardino (pictured) served on a panel for the Professional Bail Agents of the U.S. at its Winter National Conference in Las Vegas. Sheriff Giardino spoke on bail reform at the same event last year.
Sheriff Giardino was on an opening-day law enforcement panel that addressed issues related to rising violent crime rates, lax release policies, public safety issues, defund police initiatives and how law enforcement and bail agents can continue to strengthen the system.
The Sheriff was joined on the panel by Sacramento District Attorney Anne Marie Schubert and Joe Gamaldi, National Vice President of the Fraternal Order of Police. Sheriff Giardino said, “It was truly an honor to be asked to present at a National Conference and represent law enforcement and Fulton County.”
City Appoints Former Warren County Sheriff as Police Chief

Sheriff York agreed to take the position to help the city out while officials search for a permanent chief.
The city has had difficulty appointing a permanent chief because of issues with the County Civil Service Commission which had disqualified several previous candidates.
Law Enforcement Leaders Featured in Country Music Video Honoring First Responders

Sheriff Figueroa
Ulster County Sheriff Juan Figueroa joined with two other law enforcement leaders from New York for cameo appearances in a country music video series honoring first responders and featuring country music star George Strait.
Saugerties Police Chief Joseph Sinagra and State Police Captain Bob Appleton were the other officers in the videos, which premiered as a tribute to police officers and first responders at a gala in New York City. Both Sinagra and Figueroa attended the gala, which was a formal, red-carpet affair. The video can be viewed here and on YouTube.
Figueroa said the Ulster County Sheriff’s Office is a partner in the First Responders Children’s Foundation, which produced the shorts. The Foundation, established after the Sept. 11, 2001, terrorist attacks to help 800 children who lost their first-responder parents on that day, has gone on to help the children and families of first responders ever since. Donations may be made directly to the Foundation.
More Sheriff’s Offices Providing Dedicated Smart Phone Apps

Eighteen (and counting) Sheriffs’ Offices around New York State have their own dedicated sheriff app that users can download from an iPhone or Android app store. The app is used to submit an anonymous tip, search active warrants or inmates, view a list of registered sex offenders, and more. The app also provides news directly from the Sheriff’s Office, such as emergency alerts and other helpful information about what’s going on in the County.
The following Counties currently have their own app: Cattaraugus, Chautauqua, Chenango, Columbia, Cortland, Delaware, Greene, Montgomery, Niagara, Oneida, Otsego, Rockland, Seneca, Steuben, St. Lawrence, Ulster, Wayne, and Yates.
And don’t forget to download the New York State Sheriffs’ Association app.
C-PASS Conference Recap
The Saratoga County Sheriff’s Office and the New York State Sheriffs’ Association Committee on Policing and Safeguarding Schools (C-PASS) recently concluded its inaugural School Safety Training Conference for School Resource Officers and School Resource Deputies.
“When we had our first meeting late in 2019, never in my wildest dreams would I have thought that we would be where we are now. We have some really good momentum,” said Saratoga County Deputy Jonathan Becker, C-PASS Program Director. “At this year’s conference we were blessed with having nationally recognized speakers and amazing topics each day. The food and hospitality were amazing, and I know that important networking took place.”
The conference provided training for School Resource Officers / School Resource Deputies and school personnel, with presentations and training exercises that examined and analyzed past school incidents, addressed mental health education, bullying in schools, social media trends, understanding unique needs and topics relative to the LGBTQIA community and students with disabilities, and officer wellness.
Below is a brief recap featuring some of the programs and events:

Full House — The three-day event drew more than 120 law enforcement officials and educational leaders from across the state.

Anatomy of a Lockdown — Jon Romano, who as a teen on February 9, 2004 fired a 12-gauge shotgun at students and teachers inside Columbia High School, in East Greenbush, NY, urged SROs and SRDs to look for signs that students are in trouble.
“If we can have them opening up and getting rid of any toxicity that might be building up in them, hopefully nobody will even come close to doing anything that I have done,” said Romano.

Handling Student Sensitivity — Vernon House, Supervisor of School Safety for the New York Police Department, conducts a discussion on LGBTQIA and Sensitivity, guiding SROs and SRDs through the journey of navigating these difficult topics in a school setting.

Sandy Hook Summary — Carly Posey, Mission Director of the I Love You Guys Foundation in Parker, CO, provides an hour-by-hour depiction of the events that took place on December 12, 2012, with two of her children in the Sandy Hook Elementary School in Newtown, CT. Both her children survived the onslaught and have had subsequent years of therapy.

The Santa Fe, TX school shooting, May 18, 2018 —Gary Forward, retired Assistant Chief for the Santa Fe Independent School District, analyzes the signals leading up to the shooting, where eight students and two teachers were fatally shot and thirteen others wounded, including Forward’s colleague, Officer John Barnes.

Don’t Just Do Your Best, Do What’s Required — John Curnutt is Assistant Director of Advanced Law Enforcement Rapid Response Training (ALERRT) at Texas State University. He exhorted SROs and SRDs to review regularly their perceptions and practices to meet the challenges of armed conflicts in today’s world.

Remembering the Columbine 13 — Frank DeAngelis, former Principal at Columbine High School, starts his presentation “Any Given Day – Leadership Lessons from Columbine and Beyond,” by recalling the 13 people who died on April 20, 1999. “Not a day goes by that I don’t think of them,” reflected DeAngelis.

When a Law Enforcement Officer walks out of that door, it’s into the unknown. You must rely on your training, equipment, and ability to communicate to protect yourselves and the public you serve each day. Be safe out there as you guard the safety of others.
— Orange County Sheriff’s Office 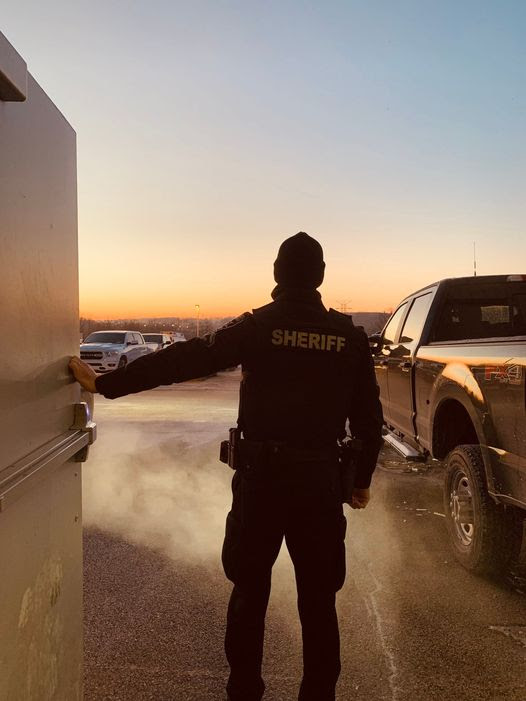