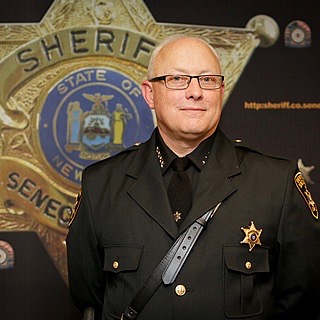 Seneca County Sheriff W. Timothy Luce retired from the Waterloo Police Department the rank of Sergeant. Tim began his law enforcement career in 1984 as a deputy sheriff with the Seneca County Sheriff’s Office. He was promoted to Criminal Investigator in 1986. In 1989 he transferred to the Village Waterloo Police Department, where he was promoted to Sergeant in 1995. Since retiring in 2009, Tim has returned to the Seneca CSO to assisted special projects. Tim is a Seneca County native