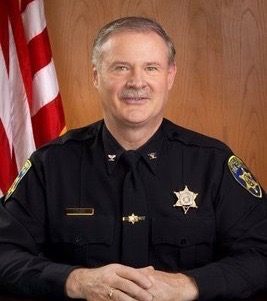 Since 1972 Sheriff Howard has been involved in Law enforcement, including 24 years with the New York State Police. He has served in various assignments across the State, including Buffalo, Long Island, the Adirondacks and the Southern Tier. As a Staff Inspector in the State Police, he was responsible for the coordination of services in the State Police Forensic Investigation Center; he supervised the Planning and Research Section. In 1998, he was appointed Erie County Undersheriff, where he personally oversaw the eight Division Chiefs who direct the daily operation of the Erie County Sheriff’s Office. He was elected Sheriff in 2006.

Sheriff Howard is a 2000 graduate of the FBI National Academy and has a Master’s Degree in Criminal Justice from SUNY Albany. He has taught extensively at the State Police Academy in Albany and in the Criminal Justice Program at the Rochester Institute of Technology.

Sheriff Howard is a recipient of the Brummer Award, the highest award given by the New York State Police as a result of his actions during a 1982 domestic dispute in which his partner, Trooper Gary Kubasiak, was tragically killed.

Sheriff Howard is unquestionably a member of the “law enforcement family.” His brother retired as the Chief of Police in Eden, Erie County. A second brother is a retired Lieutenant from the Cattaraugus County Sheriff’s Department. A third brother is a retired Senior Investigator with the NY State Police and now a Town Justice. Sheriff Howard’s sister is married to a NY State Correction Officer. His two sons, daughter-in-law and two nephews are all New York State Troopers, while another is a Deputy Sheriff.