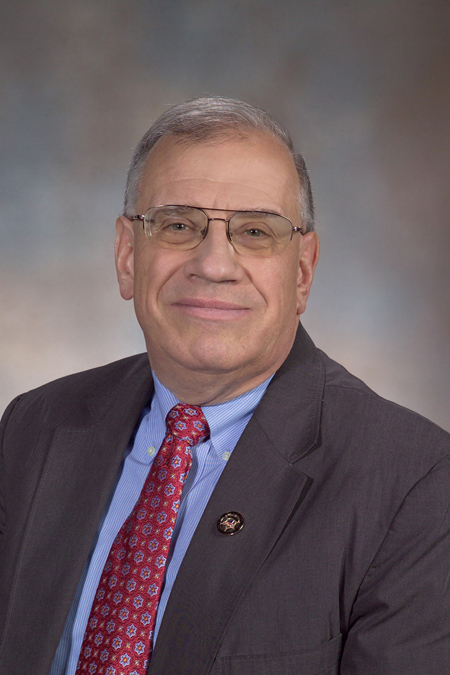 Sheriff Povero began his service with the Ontario County Office of Sheriff in January 1972. He served as a Correction Officer, Emergency Communications Dispatcher, County Police Officer and Criminal Investigator. He began his first term as Sheriff in January 1991. He retired in December 2018 after 46 years of service in the Sheriff’s Office, 18 of those as Sheriff. In November 2021 he returned as Ontario County Sheriff, by judicial appointment, to fill a vacancy created by the resignations of both the then-Sheriff and then-Undersheriff.

Sheriff Povero is a Graduate of the Finger Lakes Community College and Rochester Institute of Technology.

Sheriff Povero has served on the Municipal Police Training Council, as Chair of the Finger Lakes Law Enforcement Training Academy and as Board President of the Partnership for Ontario County. Additionally, he is a Past President of the New York State Sheriffs’ Association and Past Secretary and current Board Member of the NYS Sheriffs’ Institute. In 2017 he was presented with NYSSA’s Grover Cleveland Award, in recognition of his distinguished law-enforcement career.

Sheriff Povero is married and has two adult children and three grandchildren.