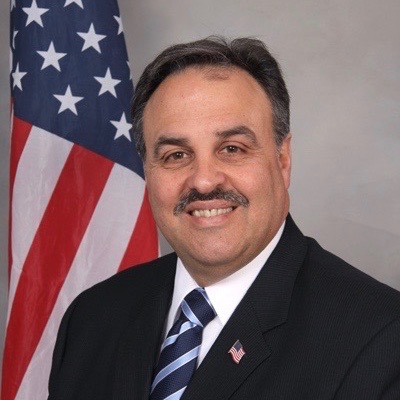 Sheriff Falco was elected in 2011. He has been with the Rockland County Sheriff’s Department since 1978. He began his Law Enforcement career as a Police Dispatcher/Clerk for the Rockland County Sheriff’s Department-Patrol Division. In January of 1980 he became a full-time Deputy Sheriff in the Civil Enforcement Division and subsequently moved on to the position of full-time Deputy Sheriff Patrol Division in December of 1980. He has risen through the ranks with his promotions to Detective, Sergeant, Patrol Lieutenant, Administrative Lieutenant, Detective Lieutenant, and Captain. In 2009, he was appointed Chief of the Police Division.

Sheriff Falco holds an associate degree in criminal justice from Rockland Community College in addition to a bachelor’s degree in police science from SUNY Empire College. In 1998 he graduated the 194th session from the FBI National Academy at Quantico, Virginia. In 2001 he attended the LEEDS (Law Enforcement Executive Development Seminar) course for police chiefs conducted by the FBI in New Jersey. He is a 2003 graduate of Leadership Rockland.

Sheriff Falco is currently a Committee member on the Criminal Justice Advisory Board at Rockland Community College. He is a member of many community-based organizations in Rockland County. He is on the Advisory Executive Board for the Hudson Valley Boy Scout Council and is also on the Board of Keep Rockland Beautiful, Rockland County Shields, and MADD (Mothers against Drunk Driving). He volunteers his time for the various projects sponsored by these organizations. Sheriff Falco held the office of President of the Rockland County Sheriff’s Deputies Association, as well as President of the New York State Deputies Association. He has been named Chair of Zone 4 (Rockland, Orange and Sullivan Counties) Counter Terrorism by New York State Homeland Security, giving him responsibility for routing intelligence data from federal, state and local sources to law enforcement and intelligence centers within the zone.

Sheriff Falco is a lifelong resident of Rockland County, raised in Stony Point, and currently resides with his wife and two children in the Town of Orangetown.