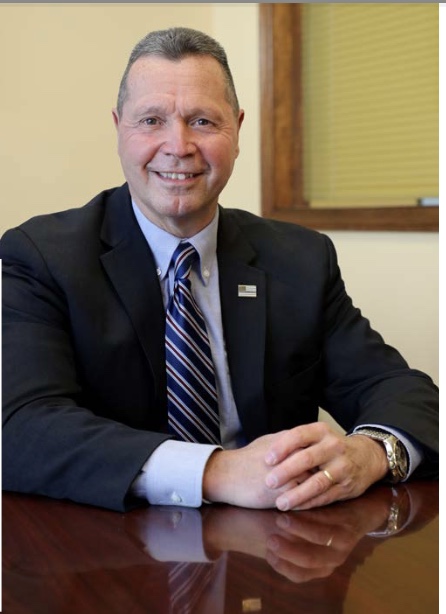 Sheriff McConville’s background includes 30 years of service with the Metropolitan Transportation Authority Police Department (MTAPD), moving up the ranks as Sergeant, Lieutenant, Detective, Executive Officer, Captain, First Deputy Chief and then Chief of the Department, becoming the first member from the Agency to be appointed Chief.

During his tenure as Chief, Sheriff McConville created the Interagency Counter Terrorism Team, worked with the FBI and members of the Joint Terrorist Task Force (JTTF) to ensure commuters were safe and created a fifty-member K9 Unit.

Sheriff McConville was in New York City and experienced firsthand the World Trade Center tragedy on September 11, 2001, assisting in the MTAPD response to the terrorist acts and developing strategies and deployment plans to maintain safety and security for the commuting public.
He was serving as Chief during the London and Madrid bombings of those cities’ commuter transport systems, and managed the resulting heightened security concerns at the MTA. He also was also responsible for implementing plans and responses in incident reduction and management and was a member of the Governor’s Homeland Security Team.

Sheriff McConville has his undergraduate and graduate degrees from Marist College, and currently serves as a consultant to the college’s Criminal Justice Curriculum Advisory Board. He has attended numerous DCJS sponsored Executive Training Seminars, and the NYSP Hank Williams Homicide Seminar.

Sheriff McConville is a lifelong member of the New York State Association of Chiefs of Police, the NYS Fraternal Order of Police, Stephen P. Driscoll Lodge #704, and the Hudson Valley 10-13 Association. He received numerous awards during his service with the MTAPD.

Sheriff McConville is a lifelong resident of Putnam County. He is married to Janice, they have three children and they are also proud grandparents.