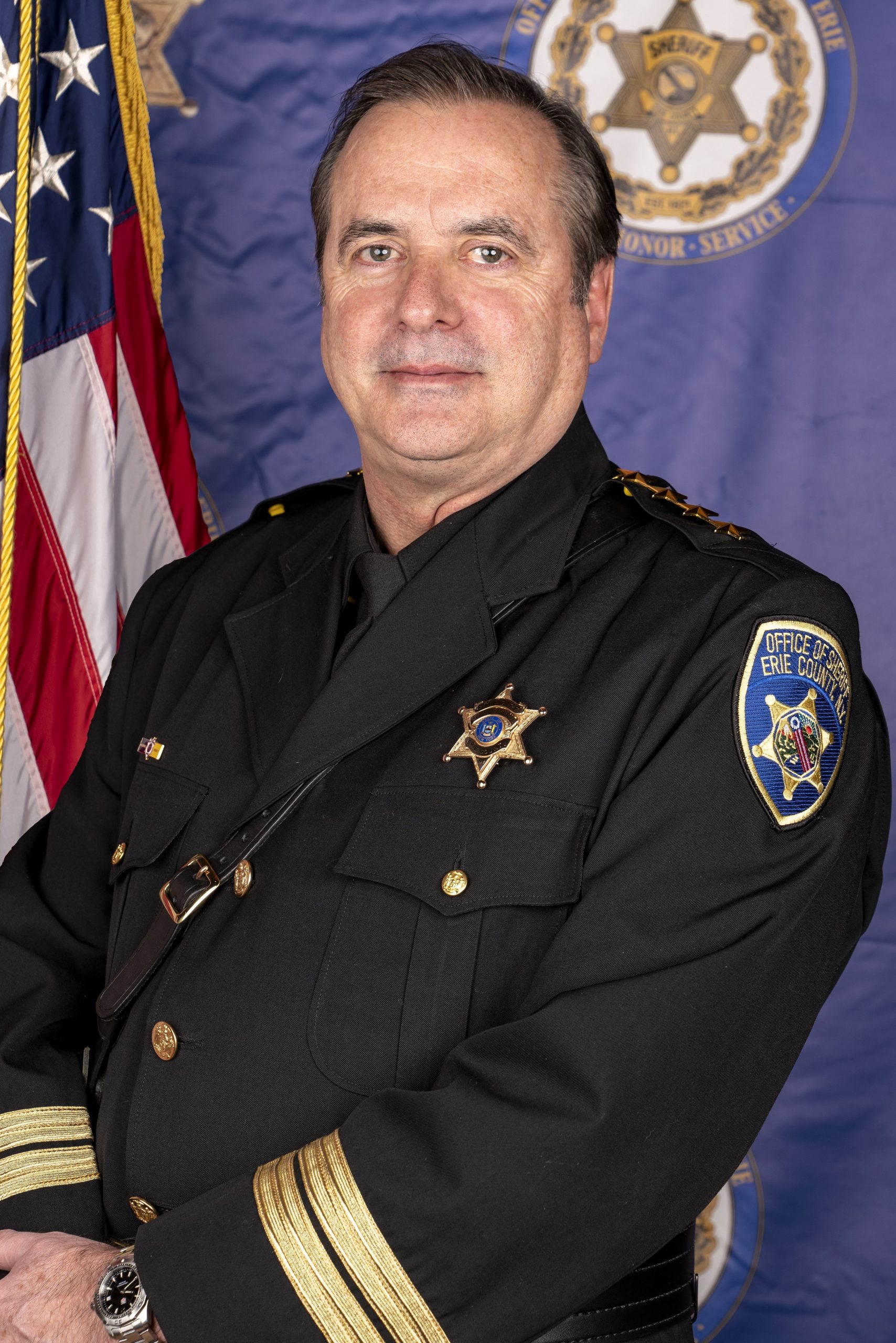 Sheriff John C. Garcia was sworn in as the 54th Sheriff of Erie County in January 2022. John started his career with the Buffalo Police Department as a patrolman and retired after 25 years of service as a Detective with the Homicide Squad. During his tenure at the Buffalo PD he served as the Commander of the Crisis Management Unit, where he supervised a team of highly trained hostage negotiators. He also served as a Detective in D-District with the Homicide Squad and the Narcotic, Intelligence, and Vice Enforcement Bureau.

Sheriff Garcia is a 1987 graduate of SUNY College at Buffalo with a bachelor’s degree in Political Science. He completed the NYS DCJS Police Officer and Advanced Negotiating training courses, as well as NYS Association of Hostage Negotiators’ courses. He is also a graduate of the FBI’s training academy and earned FBI Crisis Negotiations certifications.

Sheriff Garcia emigrated to the U.S. from Spain when he was three years old. He and his wife, Brenda, live in Grand Island; he has three daughters.