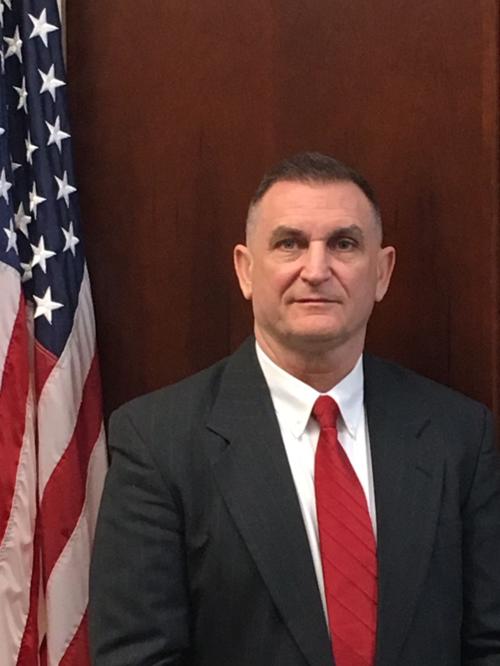 I began my law enforcement career as a Corrections Officer with the Oswego County Sheriff’s Department in 1987. Subsequently, I completed a 20-year career with the Syracuse Police Department as a Patrol Officer, Detective, Patrol Sergeant, and finally a Detective Sergeant. During that time, I was assigned to the Criminal Investigations Bureau for 15 years where I coordinated Major Crimes. I supervised over 70 Detectives investigating felony cases, involving over 200 homicide investigations, sexual assaults, robberies, and countless shootings. I coordinated with the Patrol Division, as well as outside agencies. In addition, from 1994 until 2002, I was a SWAT Team Supervisor, responsible for training and tactical operations.

Upon my retirement from the Syracuse Police Department in 2008, I accepted a position with the NY/NJ HIDTA as a Federal Drug Intelligence Officer. I was assigned to the Northern NY District DEA Task Force. My responsibilities included the dissemination of drug intelligence to all upstate NY law enforcement agencies. In 2010, I accepted a Cold Case Homicide Investigator position with the Onondaga County District Attorney’s Office. I was promoted to the rank of Senior Investigator in 2016 and appointed to supervise investigators assigned to the Homicide Bureau. I am Force Science Certified and assigned to all county-wide officer involved shooting investigations.

I am a lifelong resident of the Town of Hastings, and a graduate of P.V. Moore High School. I earned my Bachelor of Arts Degree in Public Justice from S.U.N.Y. Oswego. My wife, Staci, and I have been married for 32 years and she works in the Central Square School District. We have five children: a teacher, police officer, paralegal, Army Sergeant, and our youngest is a Junior in college.
Giving back to my community has always been a personal mission of mine. Over the years I have served my community through countless volunteer programs such as CYSL Youth Soccer, Caughdenoy Boy Scouts, and Grace Covenant Church Youth Program. In addition, I managed several premiere NYSW soccer teams.