Wyoming County Sheriff Gregory Rudolph recently announced he will retire. His last day in office is July 31. Undersheriff David P. Linder will assume the duties of Sheriff on August 1.

Rudolph has served as Sheriff since Jan. 1, 2014; he was Acting Sheriff during the last five months of 2013. He joined the Sheriff’s Office in 2001 after serving with the Attica Police Department beginning in 1997 and for two years with Immigration and Naturalization Services as a detention enforcement officer. He was recognized in 2007 as Deputy of the Year by both the National Sheriffs’ Association and the New York State Sheriffs’ Association following a March 2006 ambush in Attica where he and another officer were wounded. Rudolph was also awarded the National Sheriffs’ Association Medal of Valor. He received the Law Enforcement Purple Heart in 2006 from former Wyoming County Sheriff Farris Heimann.

Undersheriff Linder has been with the Wyoming County Sheriff’s Office since 1993. He began his career with the Warsaw Police Department in 1991. Prior to becoming Undersheriff he served five years as Patrol Division Captain, and prior to that assignment, he spent 12 years as a Road Patrol Sergeant and overseeing the Civil Division. Undersheriff Linder holds a Bachelor’s Degree in Criminal Justice from Buffalo State College. Sheriffs and the New York State Sheriffs’ Association reacted swiftly to new gun-control laws that were passed in one day by the State Legislature earlier this month without input from the Sheriffs or other affected parties. At a press conference earlier this month, the New York State Sheriffs’ Association launched a health and wellness program to assist first-responders carrying stored traumas from their encounters with the public at various levels.

“When you think about law enforcement, some may not think about the challenges that go into these careers and these long-term stored traumas,” said Thomas Dougherty (pictured), NYS Sheriffs’ Association President and Livingston County Sheriff. “We take this as our obligation as leaders in law enforcement to change the culture, change the stigma, and that’s what this project is all about.”

The idea for the program followed a national report noting 177 first responders took their lives in 2021 – with 77 percent of those deaths being law enforcement officers – and the increasing rate of first responders suffering from depression and PTSD.

The program represents a partnership between the Association and FirstNet, Built with AT&T, a communication platform that supports first responders’ incident response.

“I hope that as time goes on, not only are members more open to expressing their struggles, but the general public is more open to understanding the challenges of these jobs and the stigma is reduced through that,” Sheriff Dougherty said. The New York State Division of Homeland Security and Emergency Services’ new Domestic Terrorism Unit has chosen to model a statewide program based on an initiative launched three years ago by the Monroe County Sheriff’s Office.

ROCTAC, or Rochester Threat Advisory Committee, is a threat assessment and management advisory team that closes threat management gaps by bringing people together before a crime is committed.

“It’s a holistic group that gets together and analyzes their cases, looks at it, and sees how we can mitigate the risk and take someone off that path and stairway to targeted violence,” said Monroe County Sheriff Todd Baxter (pictured).

ROCTAC was created in 2019 when Sheriff Baxter recognized the need for a community-wide threat analysis strategy.

Jackie Bray, Commissioner of the New York State Division of Homeland Security and Emergency Services, says working from an existing model “puts us three or four years ahead of where we would be without a model. These guys scaled really tough brick walls to get to where Monroe County is today.” The Genesee County Sheriff’s Office K9 program now has a new obstacle course to give its two K9s, Rayzor and Frankie, additional training.

The course presents K9s with obstacles they may face during a real deployment, says Undersheriff Bradley Mazur. It will primarily be used by the Genesee County Sheriff’s Office K9 Unit and other outside law enforcement K9 units upon request and availability.

“This gives them the opportunity to train, to gain that confidence, so when they are sent to the field, both the K9 and the handler are confident they can complete that,” noted Mazur.

Genesee County Sheriff William Sheron, Jr. said the K9 program throughout the years has been greatly supported by the community.

“It was an effort by many, many members of our community and from businesses throughout our area,” Sheron said. “When we’ve had the passing of a K9 in the past and it took funds to purchase a new dog, the community comes together. The support they give us is unbelievable.” Bohnyak has served in law enforcement for nearly 34 years and is currently Sheriff of Orange County in Eastern Vermont. He is a graduate of the Monmouth County New Jersey Police Academy, Vermont Police Academy, National Sheriff’s Institute 95th Class, the Rural Executive Management Institute 28th Class and holds several instructor levels. His main focus as Sheriff has been reducing domestic and sexual violence against woman and children.

The New York State Sheriffs’ Association congratulates Sheriff Bohnyak on this important achievement and wishes him a successful and productive year as NSA President. The Chautauqua County Sheriff’s Office mourns the loss of Capt. David Bentley (pictured), a 37-year veteran of the Office who died earlier this month at Chautauqua Lake while off duty.

During his career with the Sheriff’s Office, he served in many positions including Patrol Deputy, DWI Enforcement Detail and as an Investigator with the Southern Tier Regional Drug Task Force. He also was a graduate of the FBI National Academy. Bentley was promoted to Captain in January 2019. Captain Bentley is from a family with distinguished careers in law enforcement. His father, John, joined the Chautauqua County Sheriff’s Office as a Deputy and later served as Sheriff from 1973 until his passing in 1994. It was Sheriff Bentley who hired current Sheriff James Quattrone. Bentley’s brother, John Jr., recently retired as Chief of the Lakewood-Busti Police Department.

The New York State Sheriffs’ Association offers its sincere condolences to the families of Undersheriff Lawatsch and Captain Bentley. Pomp Plus — Last month, graduates of Binghamton’s Rod Serling School of the Arts had a special treat with the appearance of the Broome County Sheriff’s Office Color Guard, providing additional Pomp to the Circumstance. Decoloring the Troop — A graduate respectfully removes some of the streamers that landed on the Color Guard. Looking to the Future — At the Harpursville Junior – Senior High School graduation, the young child pictured at left expressed an interest in becoming a police officer when he grows up, and took the time to meet with a Broome County Sheriff Deputy.

From the Broome County Sheriff’s Office Facebook page: “It’s a pleasure and honor providing security for area graduation ceremonies. The safety and security of students, staff members and families are very important to us. We wish all graduates the best after graduation!” Not Crocodile Dundee . . . but Close — In the wilds of Pennsylvania recently, Cattaraugus County Sheriff Tim Whitcomb snagged a rattler with his customized catcher. [The snake was not impressed that Sheriff Whitcomb was a former President of the New York State Sheriffs’ Association.]

What Do You Call a Gathering of Sheriffs? Sheriffic! 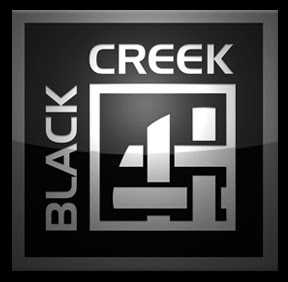