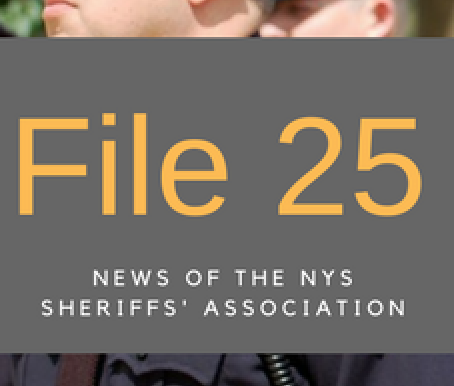 AN OPEN LETTER TO THE GOVERNOR:

The noble police officers of this State are suffering from your actions and your rhetoric, and ultimately all New Yorkers will suffer when, by your actions, our police agencies have been rendered unable to effectively pursue the guilty and protect the innocent.

For more than 40 years, anti-police activists have pushed for the repeal of Civil Rights Law 50-a which protects the police and other emergency responders from undue harassment, and safeguards the Peoples’ criminal cases from sabotage by unscrupulous defense attorneys.  Each year, when repeal has been considered in the light of day, reason and logic have prevailed and the Legislature has rejected repeal.  Now we find ourselves in a time when reason and logic are seemingly lost. As a result, you appear ready to “seize the moment” and stampede into law repeal of 50-a and a whole package of other anti-police legislation, without an opportunity for meaningful input and dialogue from all of the stakeholders. Not even the rank and file members of the Legislature have been afforded the opportunity to give these bills due consideration as they have been rushed through to a vote. A democratic legislative process requires transparency, due deliberation and leadership that can withstand the inflamed passions of the moment.

Governor Cuomo, your rhetoric and your refusal to speak up for the selfless police officers who, every day, put their lives at risk to defend those who are otherwise defenseless, is contributing to the irrational calls by a very vocal few to “Defund the Police.” This ideology is dangerous and, if accepted and acted upon, only serves to put our communities, our families, our neighbors and our public servants at greater risk.

Make no mistake; the potential for very dangerous and unsettling days ahead is real. In recent days there have been more than 80 burglaries of firearms dealers, with more than a thousand firearms stolen. Explosives are finding their way into the hands of anarchists. The violent agitators who have been hijacking peaceful demonstrations are being empowered by demagogues who refuse to acknowledge that their criminal acts are wrong. Their violent activities will not soon subside. If police departments are defunded, who will protect the majority of our citizens from the marauding few?  This situation screams for leadership. We implore you to call for reason in this time of mindless rage. Your silence on this issue is contributing to the dismantling of society’s bulwark against anarchy.

Governor, before rushing to sign into law poorly vetted legislation that will put our police officers in grave danger, we implore you to consider the consequences of doing so.  The overwhelming majority of police officers, firefighters, correctional workers, EMS providers and other public safety first responders are good and faithful servants. They do not condone the wrongdoing of any rogue cop.  They serve ALL of the people of New York, without regard to race.  They do so with concern and compassion for those they serve, even those who do not appreciate it, and do so despite the obvious risk to their own safety. Law enforcement officers across the country have been engaged for the past two weeks in protecting the peaceful protestors who have been protesting against them, in the course of which three police officers have been killed and 800 have been wounded.  What other profession would expose themselves to such risks, and for such little gratitude?  Governor, these good men and women deserve your active support, not harmful rhetoric nor punitive legislation.

Each year, a ceremony is held at the Police Memorial Wall in Albany where the names of New York’s 1,622 hero police officers killed in the line of duty are inscribed.  There is a long tradition, spanning several decades, of every sitting Governor attending this annual, somber event; but you never have. Each year your own criminal justice agency coordinates the selection of the winner of the Governor’s Police Officer of the Year Award, recognizing an officer’s sacrifices above and beyond the call of duty. Here again, there is a long tradition of the Governor attending every such annual ceremony to pay respect to the honoree, but you have chosen not to follow that tradition. Governor Cuomo, your absence from these events is palpable and strongly felt by the law enforcement community each time they gather. There is a broad sense among law enforcement that you simply do not support police officers in this state.  That lack of support is made evident once again by your failure to insist that law enforcement have a seat at the table when momentous changes in policing are being considered. This is the time we should be working together.  Law enforcement officers could provide important insight that would insure that any desired changes in the system would actually be workable. We have seen too many examples in the last few years of criminal justice legislation being pushed through in the dark of night without the opportunity for scrutiny or input from law enforcement, resulting in disastrous, unworkable laws.

The time has come to hear each other, to support each other, and to work collaboratively to bring clear, transparent and fact-based information, ideas, and reforms forward. Let us work together to effect the positive change that we all wish to see, and let’s do so in a way that accomplishes our goals without endangering the police officers who already risk so much, or the communities that they serve.

AN OPEN LETTER TO THE GOVERNOR

A MESSAGE FROM THE PRESIDENT OF THE NEW YORK STATE

As professional law enforcement officers who have dedicated their careers to saving lives and helping people in need, the Sheriffs of New York State condemn the senseless, shocking action of the officer who unjustifiably took the life of George Floyd in Minneapolis last week.  It was against everything we stand for, everything we train for and everything we demand and rightfully expect from our police officers.

We also condemn those who, since then, have used that great injustice as an excuse to commit other senseless, brutal acts which unjustly deprive more innocent people of their lives, their livelihood, their life savings and their livable communities.

We are sworn to uphold the Constitution and we fully support the Constitutional right of all citizens to peacefully assemble, protest and petition their government for desired change.  As Constitutional officers who have been given the duty of Conservators of the Peace in the counties, we know that conserving the peace does not mean just keeping everyone calm.  It means assuring an atmosphere where all citizens can enjoy their rights to life, liberty and the pursuit of happiness without having those rights unduly infringed upon by others.  Thus while we will do all we can to accommodate and protect those who feel compelled to publicly display, in a peaceful way, their justifiable outrage at the way George Floyd died, we will not condone or accommodate in any way those who would deprive others of their rights by hijacking those legitimate displays of concern to turn them into opportunities to assault, murder, loot, burn and spread anarchy.

We also must ask those politicians and other leaders in the communities who continually speak of “systemic racism” in our police agencies for their own political advantage to refrain from such unfounded and incendiary comments. It is disgusting conduct, which itself fuels racism on all sides, and leads to worse, not better race relations in this country. Instead we would welcome them to engage with us in open and honest discussions on how we can enhance community relations while regaining the public’s trust in law enforcement through fact-based studies and training.

Deputy Sheriffs and all law enforcement officers suffer because irresponsible leaders paint them with a broad brush.  There are 800,000 police officers in this country.  The inexcusable action of one police officer in Minneapolis cannot be used to justify labelling all 800,000 dedicated, hard-working police officers as racist. We know of no police officer who condones the actions of that one rogue cop in Minneapolis.  They, like most citizens, were sickened to see that video, but we also know that it is not representative of the 53.5 million contacts that law enforcement has with civilians annually.  We know of no police officer who joined the force because they saw it as a license to kill or abuse others.  Most police officers join out of a simple desire to help people… of any race.  Most police officers have shown more helpfulness, and personal compassion and kindness toward down-and-out citizens… black, brown, yellow or white… than have any of the self-righteous politicians and others who sow hatred and distrust of the police with their irresponsible rhetoric. Those politicians, when they finish their rants, can then go home to their mansions and comfortable homes, secure in the knowledge that the police officers which they just maligned will continue to do their duty to protect them and all the citizens of their communities, even though their job has been made doubly more difficult by race-baiting rhetoric.

There is one thing upon which we and critics of the police can agree: there is distrust of the police in many minority communities. We Sheriffs work hard to build public trust in law enforcement.  The training of our Deputy Sheriffs includes extensive training in community relations, anti-racism, recognizing implicit bias, and proper use of force.  This training results in officers who are sensitive to the need for racial neutrality in enforcing the law, and their enforcement decisions are based upon a person’s conduct, not their color. That plain fact is, of course, contrary to the popular narrative.

In conclusion, the Sheriffs of New York make a commitment to our communities.  We, and our citizens, desire a society where all can live in true peace.  While each of us as Sheriffs have outreach, in some form, to community and religious groups and to minority organizations and minority communities, it is clear that more has to be done to combat the false view of police as the oppressors, which has been inculcated into many minority communities, and which allows opportunists to take advantage of such things as the George Floyd tragedy to foment more hatred and more chaos. The Sheriffs of New York, through our New York State Sheriffs’ Association, will immediately undertake the task of strengthening , in an organized way, the ties between Sheriffs’ Offices and minority communities and organizations in the counties across the State, with a goal of affirmatively demonstrating that our desire is to serve all citizens, and as the Conservators of the Peace in the counties, to secure to those citizens true peace, which means the opportunity to enjoy life, liberty and happiness in a just world.

On behalf of the Sheriffs of New York State,

We are all in this together

Keeping Your Family Safe from Covid-19 Our Association President, Wayne County Sheriff Barry Virts (pictured right), has been appointed by Governor Cuomo to serve on the New York State Law Enforcement Agency Accreditation Council. The Council meets quarterly to consider and adopt accreditation standards for law enforcement agencies in New York and to review and approve applications from police agencies for accreditation by the Council. The Accreditation Council consists of 17 members, all appointed by the Governor. Also representing the Sheriffs’ Association on the Council is long-serving member, Ontario County Sheriff Phil Povero, who recently received re-appointment by the Governor, and a more recent appointee, Oneida County Sheriff Rob Maciol.